Welcome to Holy Trinity/St. Paul's Anglican Church. We hope the time you will spend with us will be a blessing to you, and that you will return often to share in our worship of God, the Holy Trinity.

HolyTrinity/St.Paul’s beautiful historic building was built in the Gothic Revival style. The architect was Gordon William Lloyd, who also designed numerous churches and other buildings in both Southern Ontario and Detroit, including Upper Canada College, New St. Paul’s Anglican in Woodstock, and the original Wayne County Jail in Detroit.

Outside, the influence of English High Victorian architectural traditions is unmistakable. The alternating brick accents around the windows are similar to Holy Trinity of New Barnet in London England.  On the church lawn facing Selkirk Street is a Provincial Historical Plaque which gives a brief description of the achievements of Emily Murphy, the wife of one of our early Rectors, who was the first woman magistrate in the British Empire . In more recent times, as a teenager, Sylvia Fricker, better known as Sylvia Tyson of “Ian & Sylvia” sang in our Junior and Senior Choirs.

Inside the high vaulted ceiling, the separation of nave and chancel with the rood screen, rose windows and even the bronze eagle design are all part of the Gothic Revival style. On entering the church the most notable feature is the rood screen surmounted by a large cross separating the nave or pew area from the chancel and sanctuary . This gives us a visual frame in which to see the altar, which is the focal point of the church building where the Holy Eucharist is offered.

The circular or ‘Rose’ window in the east wall is the only original window remaining in the church. Beneath it are four lancet windows depicting the Gospel writers. The windows in the north and south walls, depict the life of Jesus from the Annunciation to the Crucifixion. The Te Deum window over the altar depict’s our Risen Lord, Jesus, as the great High Priest, while below are figures from the Old and New Testaments and those representing our Anglican heritage.

On the walls there are a number of memorials to past members . On the east wall are plaques in memory of the men and women of our parish who served in the armed forces during the World Wars.

The present organ was built by Pole and Kingham of Chatham in 1997.  The organ incorporates some material from both the original R. S. Williams organ of 1897, and the William Legge organ of 1957.  There are over 2000 pipes organized into 37 ranks, playable from 3 manual keyboards and a pedalboard.  A notable feature of this organ is a solo Trumpet of brass pipes, projecting horizontally into the nave.

In 1982 the original parish hall was replaced by a modern air conditioned hall in which both parish and community activities take place. 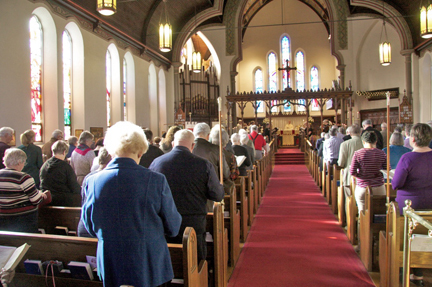 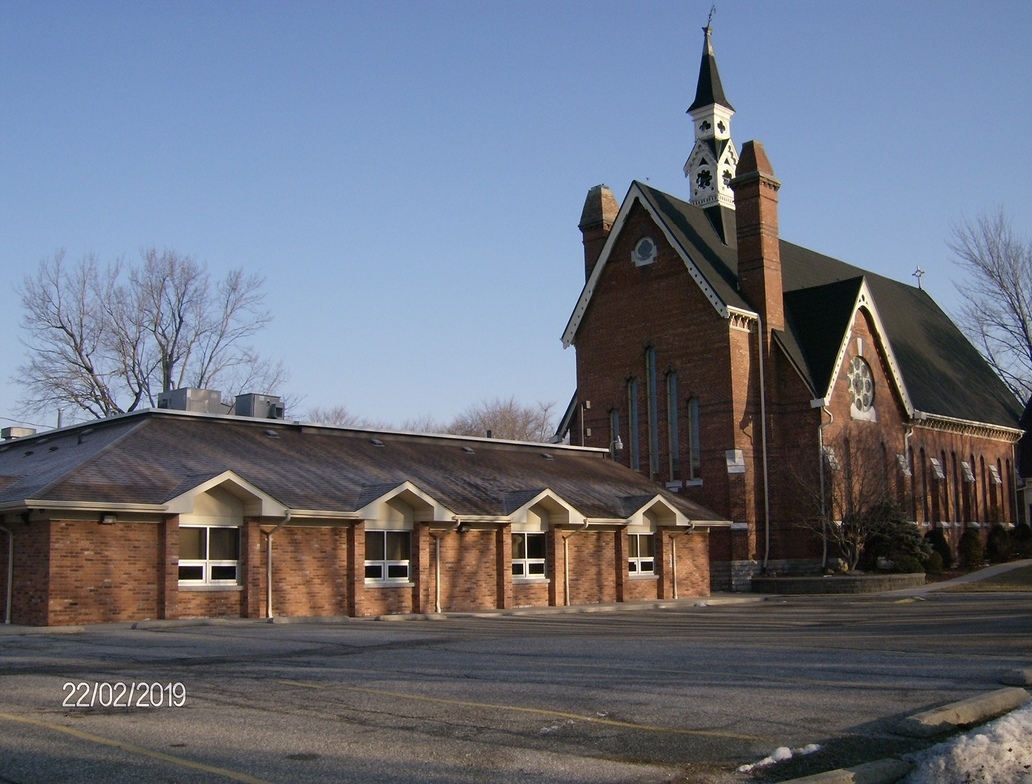 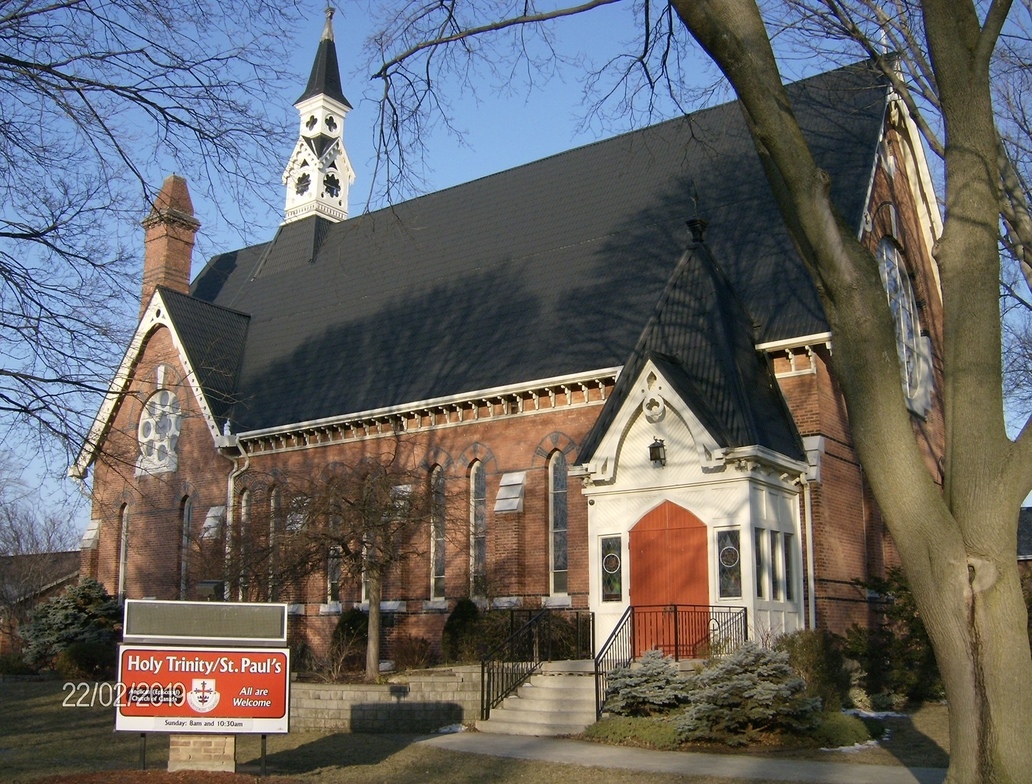 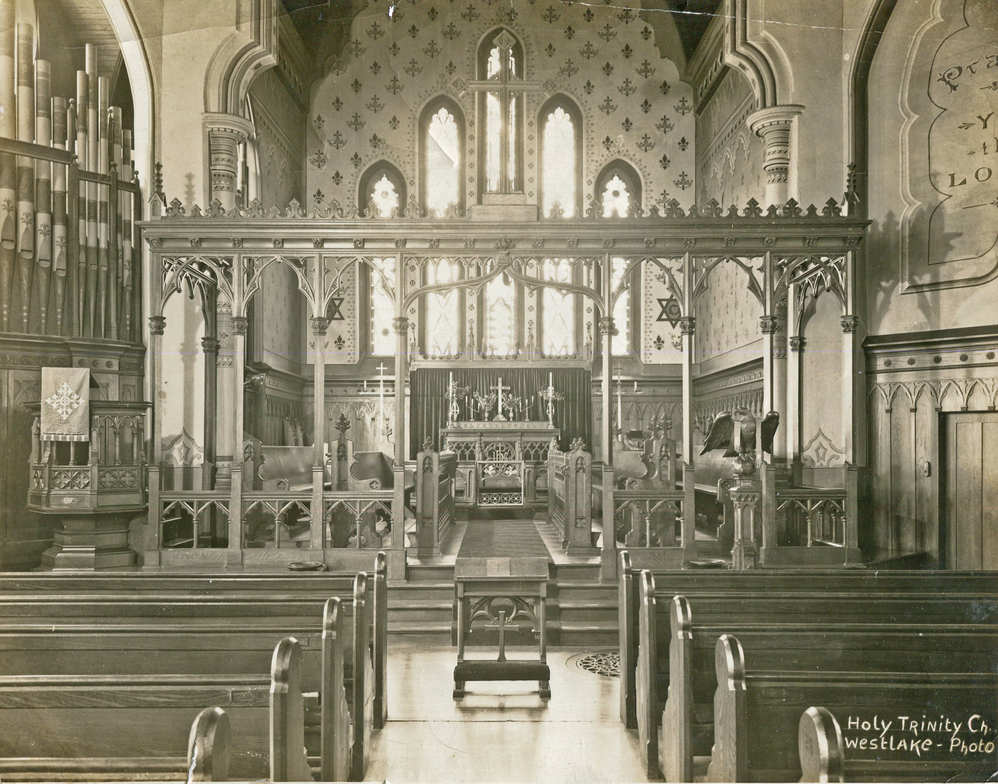 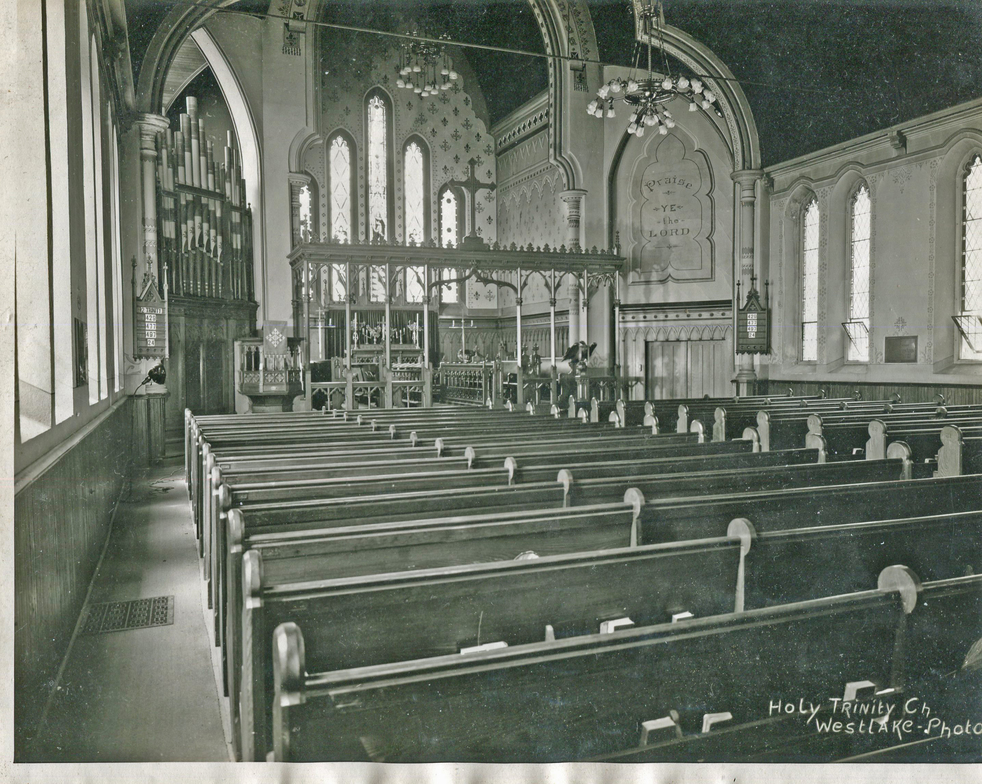 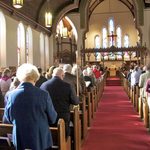 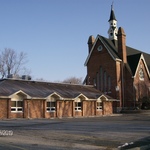 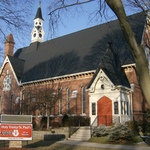 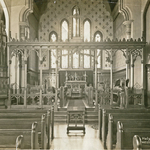 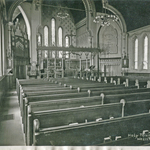